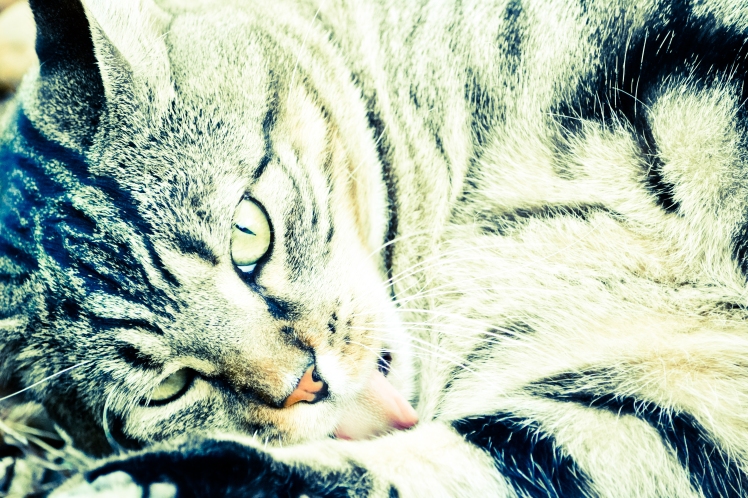 The neighbour’s cat is oftentimes skittish and shy, with an abhorrence towards loud noises. But other times, Rossi seems to be unperturbed by anything out of the ordinary. Even as a girl clutching a black object approaches and kneels a few feet away to take discreet snapshots of the creature doing the most ordinary of things, Rossi never seems to mind. Sometimes, he’d come closer. Too close. And the girl would try to scoot back to take a decent shot. But again, he’d slink close and try to brush his entire body against the girl’s legs.

“I can’t take a picture of you if you’re right up against me!” the girl would mutter in dismay and backpedal carefully so as not to send the cat running off in disapproval.

Eventually the cat would lose interest in the girl and focus his attention on chasing after birds or lizards in the garden instead. 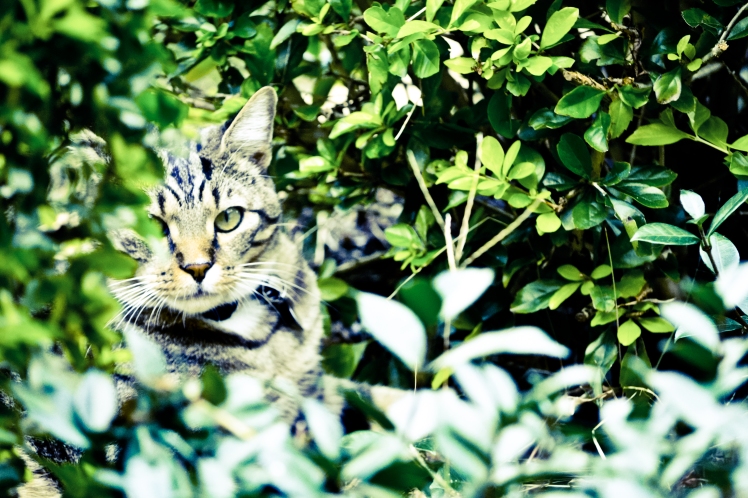 One thought on “Skittish, Shy and Abhors Loud Noises”