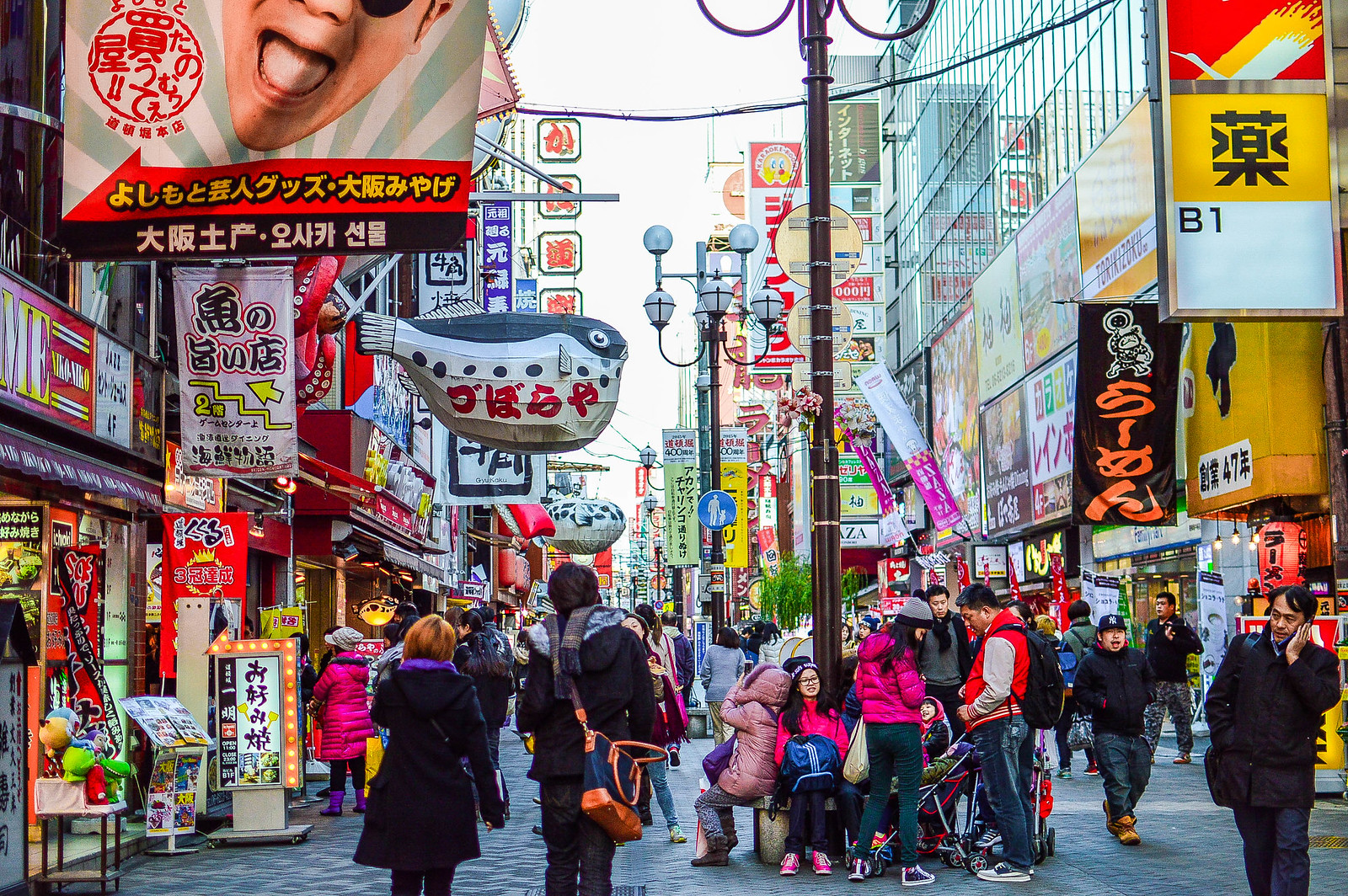 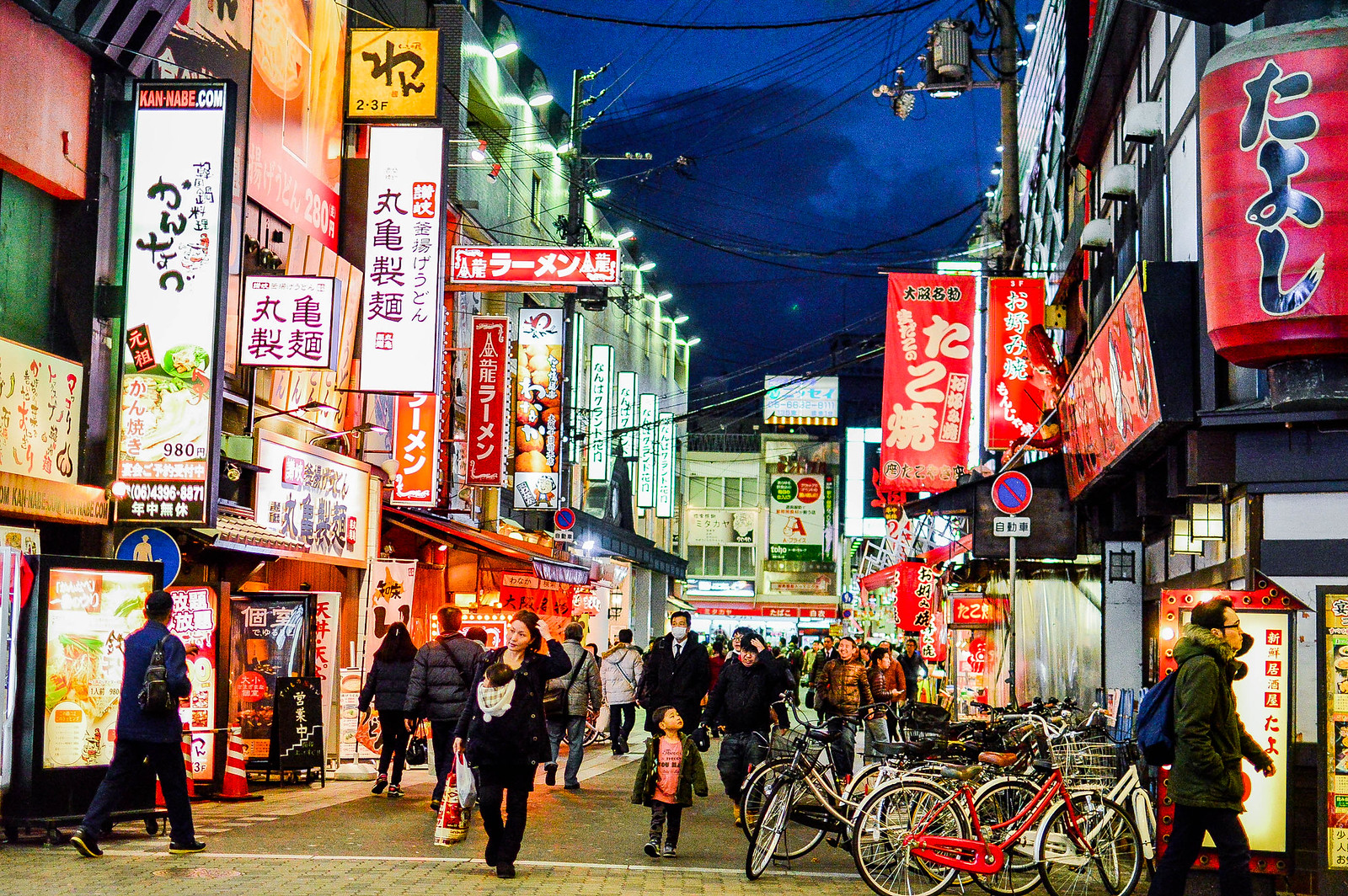 Osaka is well-known for being the gastronomist’s town of Japan. The prominent nightlife district of Dōtonbori (道頓堀, pronounced dōtombori) is often considered the mecca of the city’s penchant for cheap, good food. Inundated with restaurants, izakaya bars and street stalls selling signature Osakan delights such as okonomiyaki, takoyaki and kushikatsu, it is no wonder the eclectic area is often highlighted as a must-see destination in scores of different travel guidebooks. Good thing we stayed at the amazingly convenient Cross Hotel during our 4-day Osaka visit (the final leg of our Japan trip) – Dōtonbori was pretty much a two minute walk away. 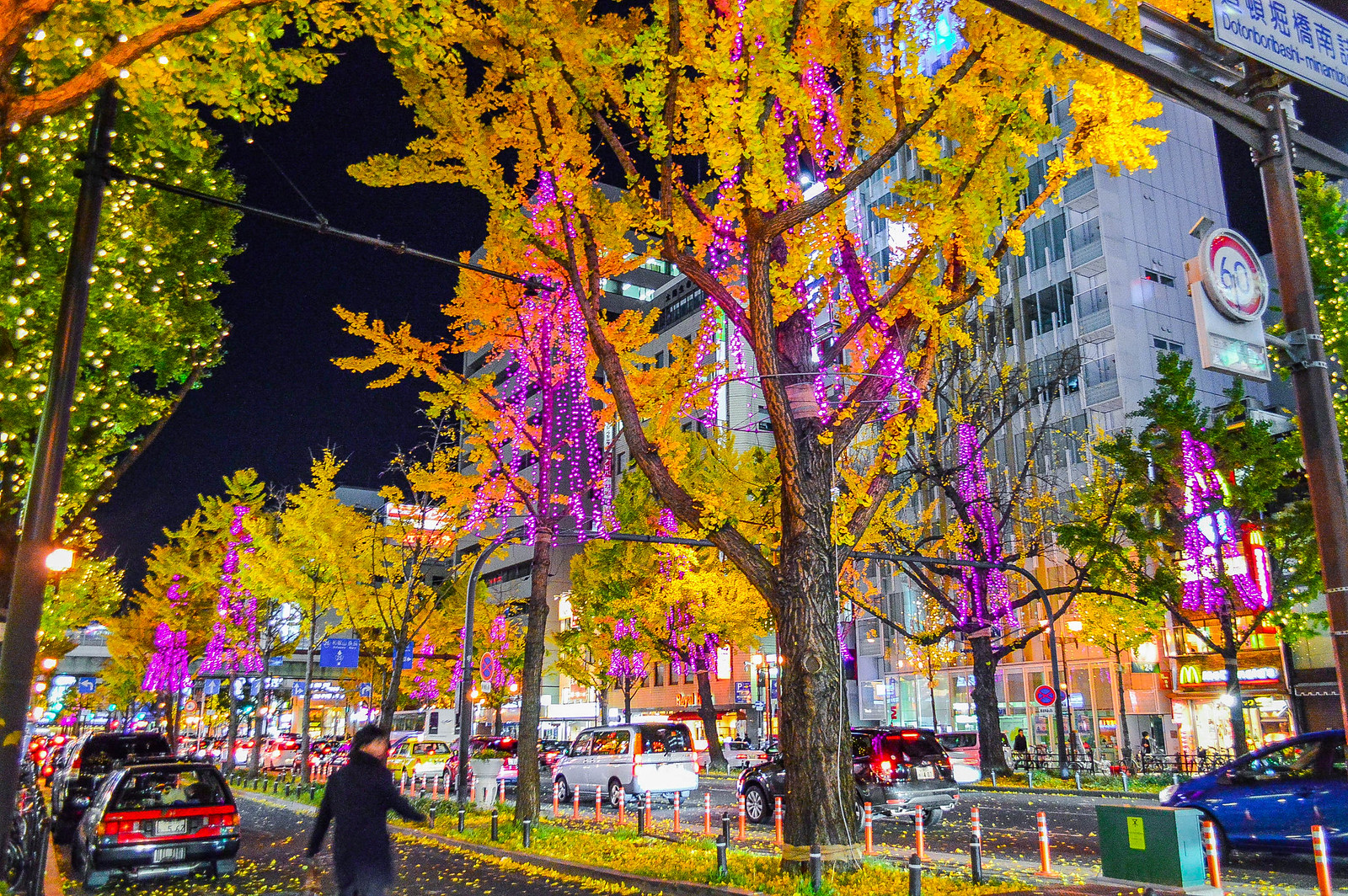 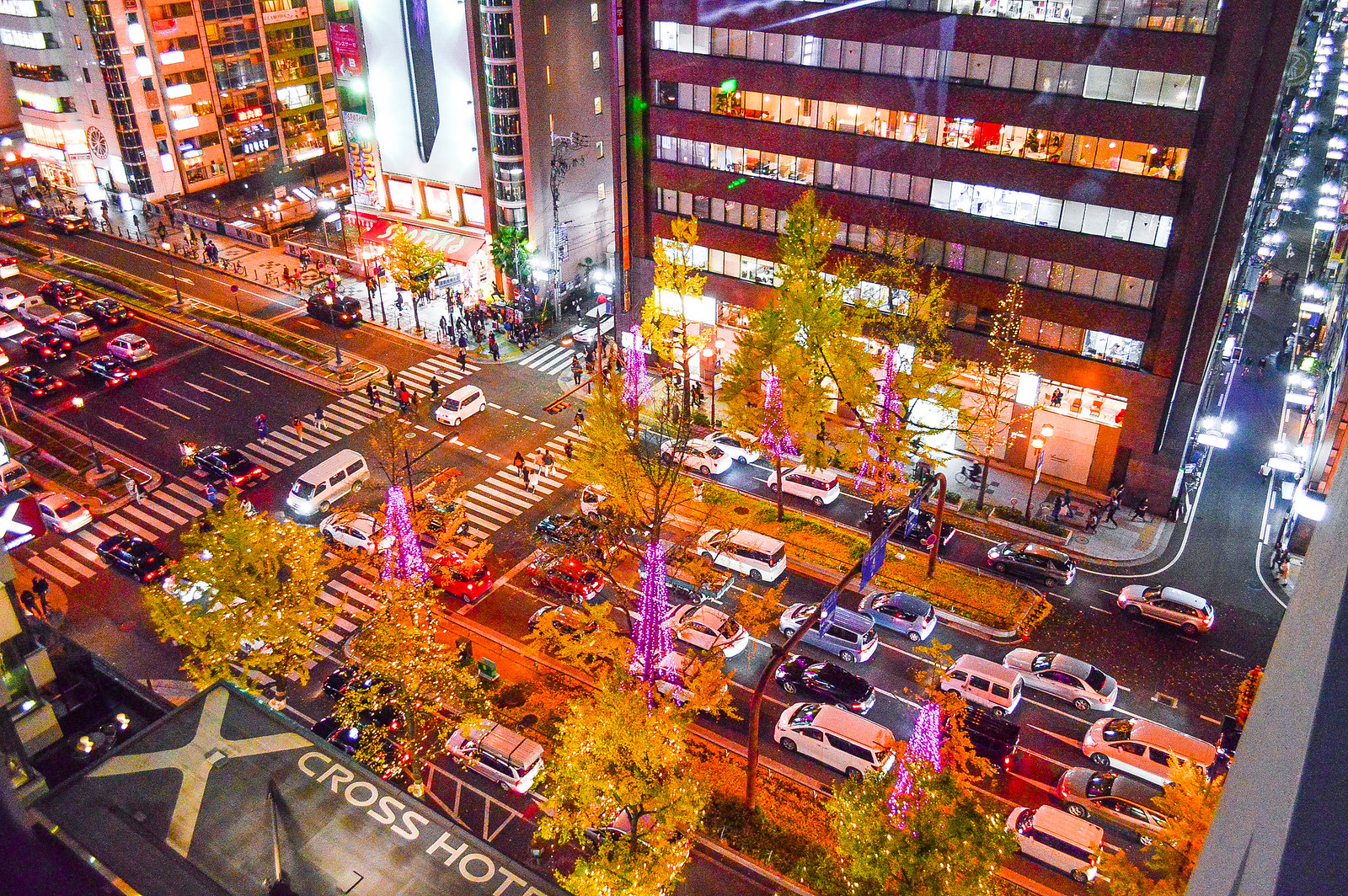 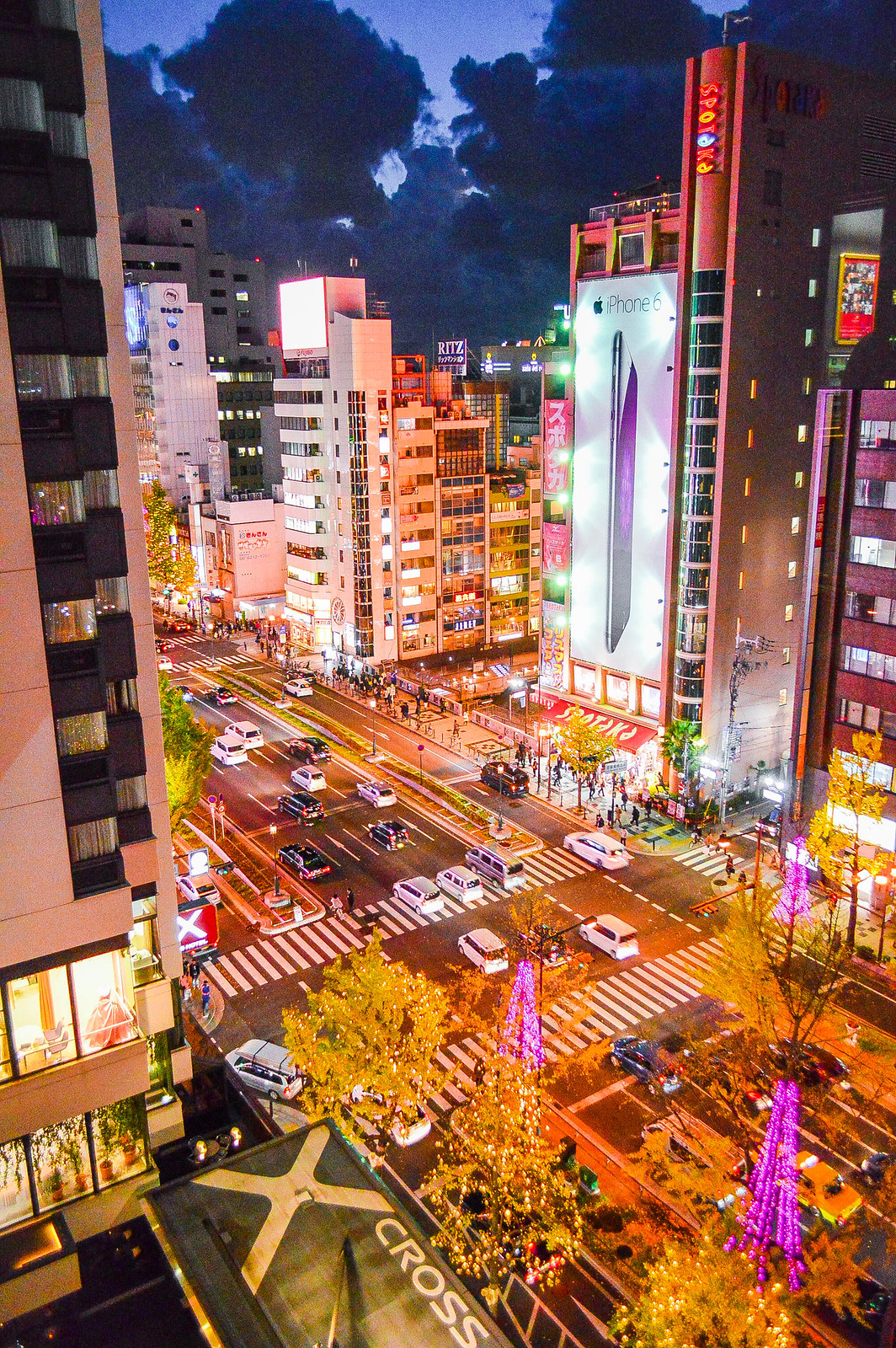 Kuidaore is a Japanese word that literally means “to eat yourself to bankruptcy”. It is part of a larger Japanese proverb that roughly translates to: “Dress (in kimonos) till you drop in Kyoto, eat till you drop in Osaka”. With so many food outlets packed along its narrow side streets and alleyways, Dōtonbori and its neighbouring shopping districts (Shinsaibashi and Namba) do well to exemplify the self-indulgent extravagance of Osaka’s kuidaore culture. 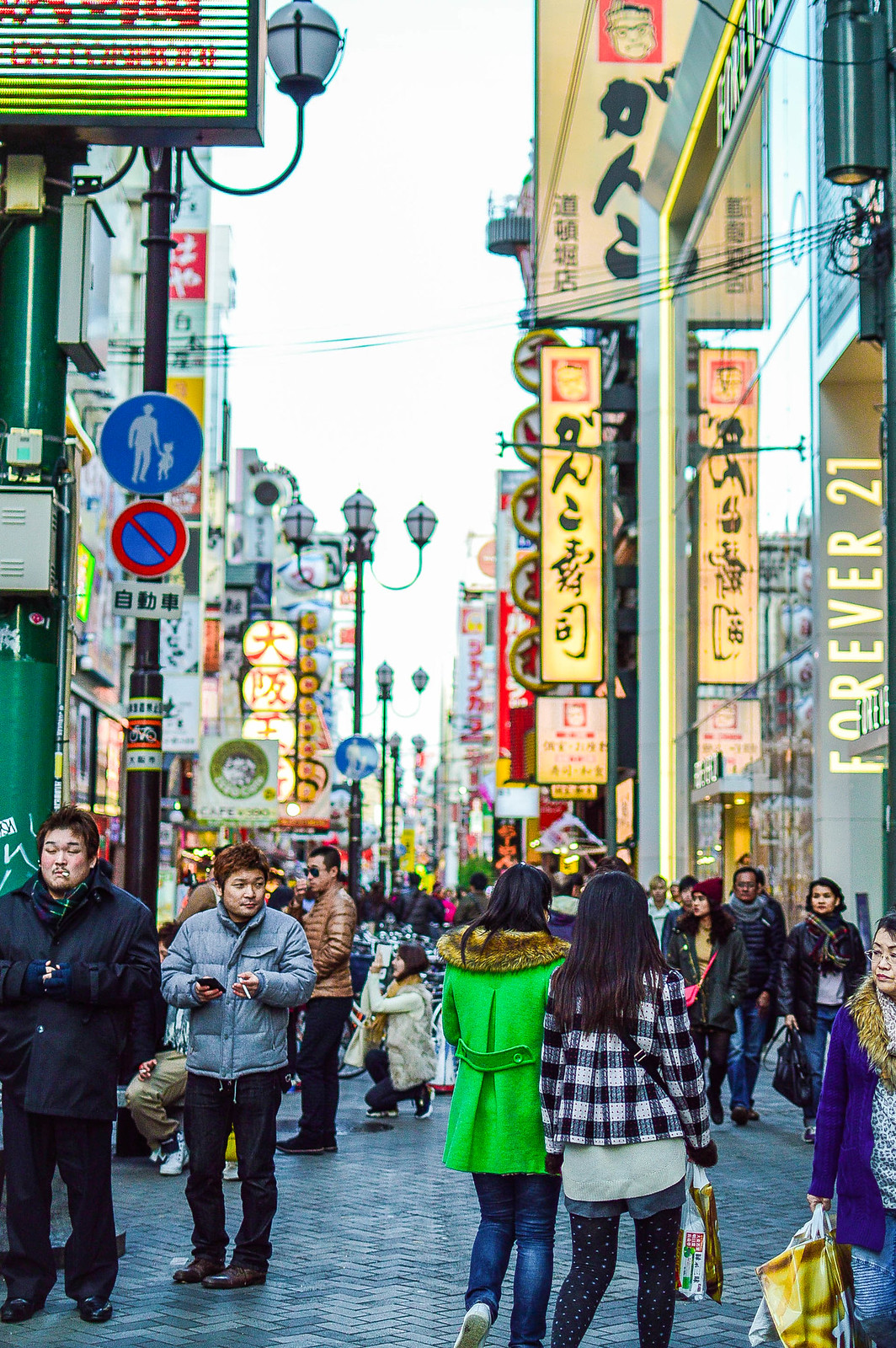 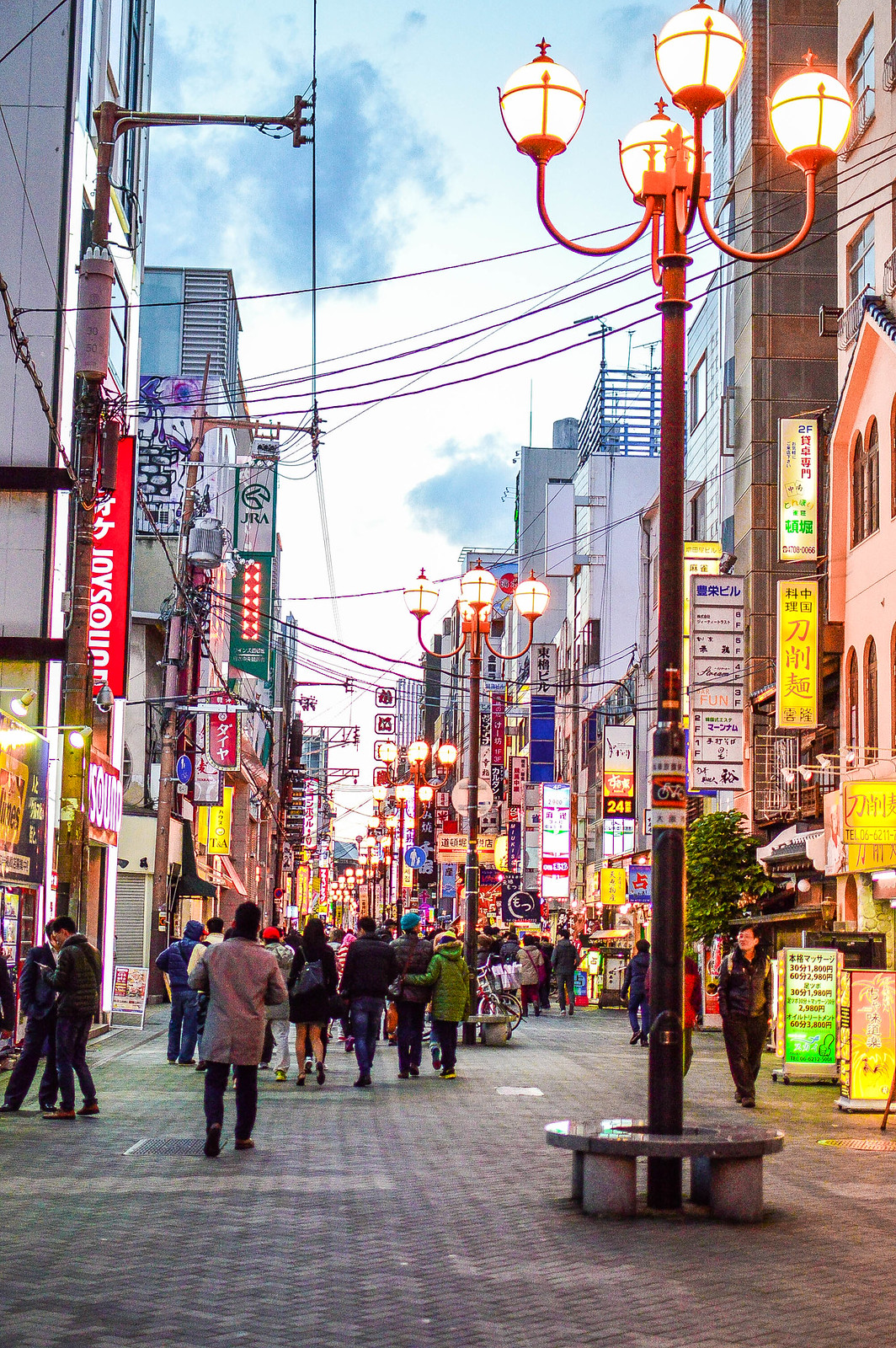 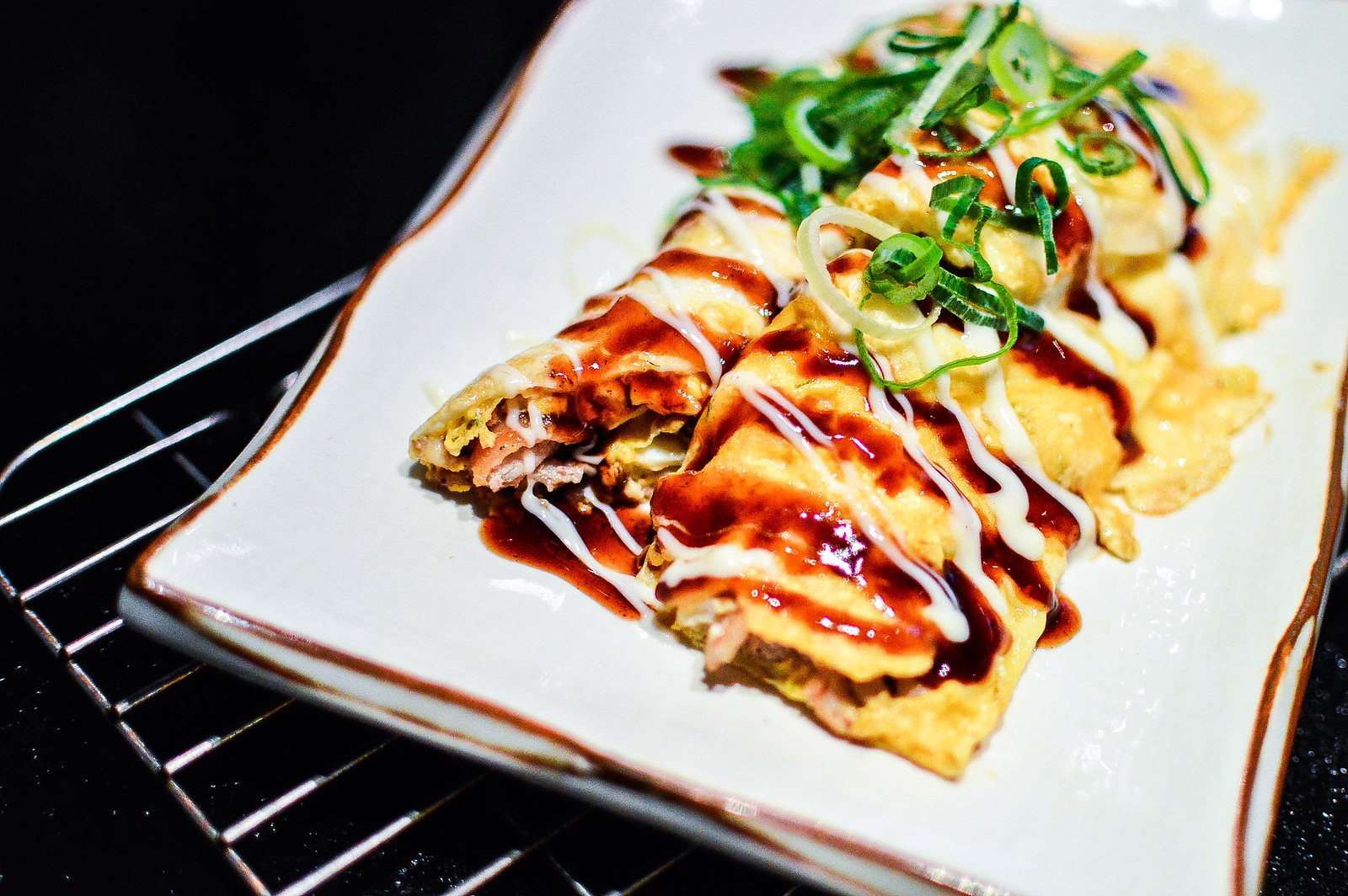 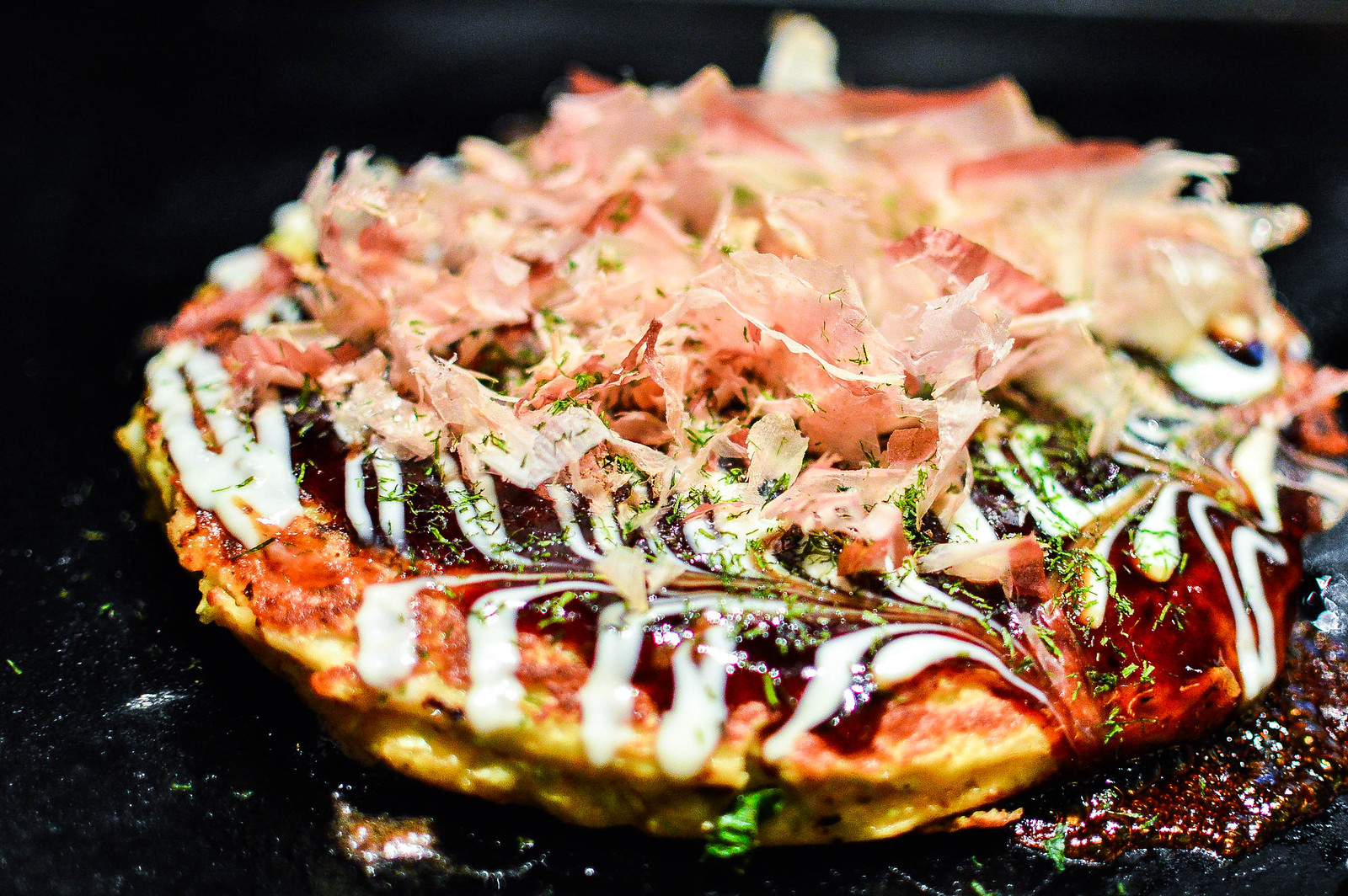 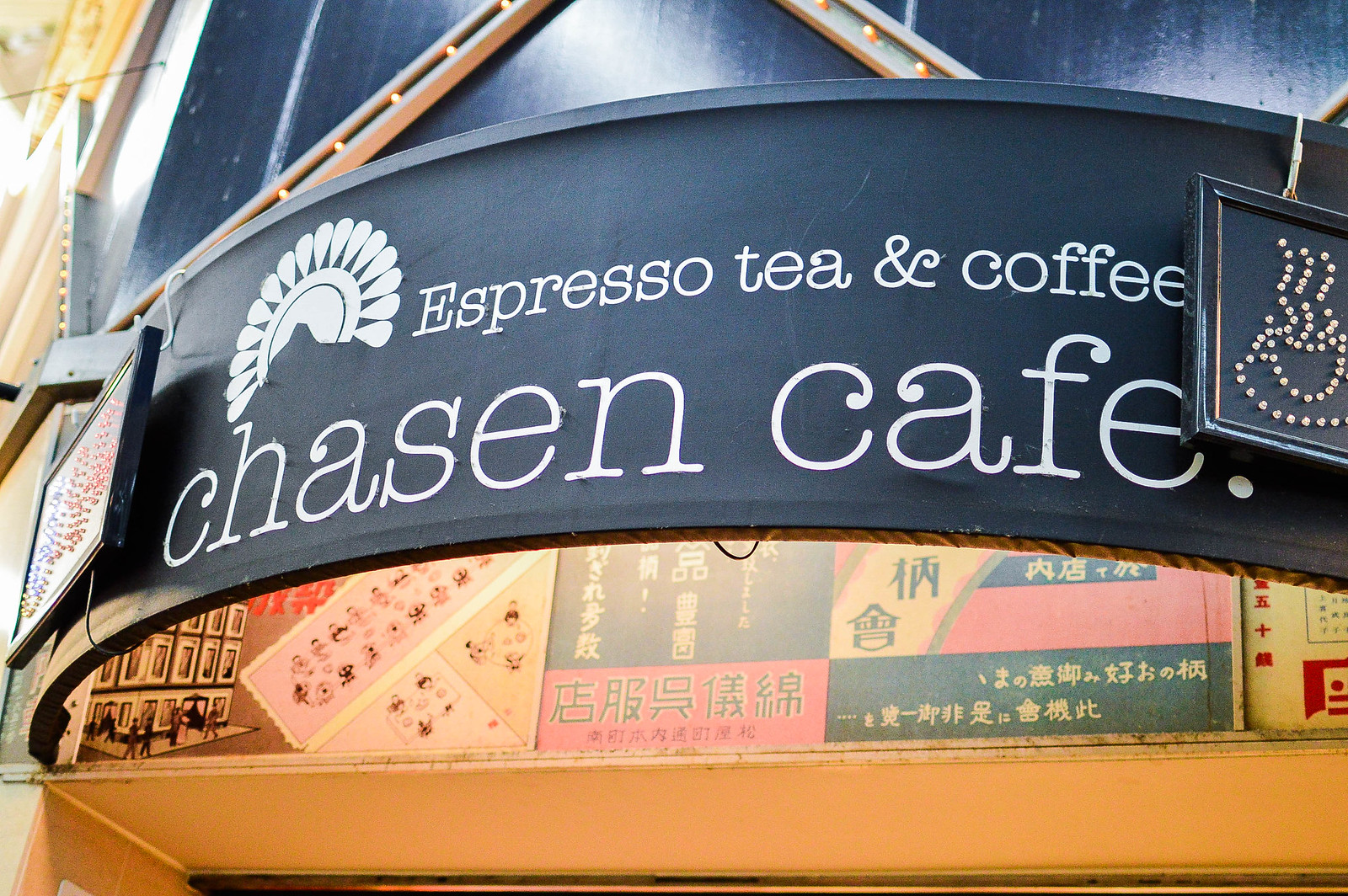 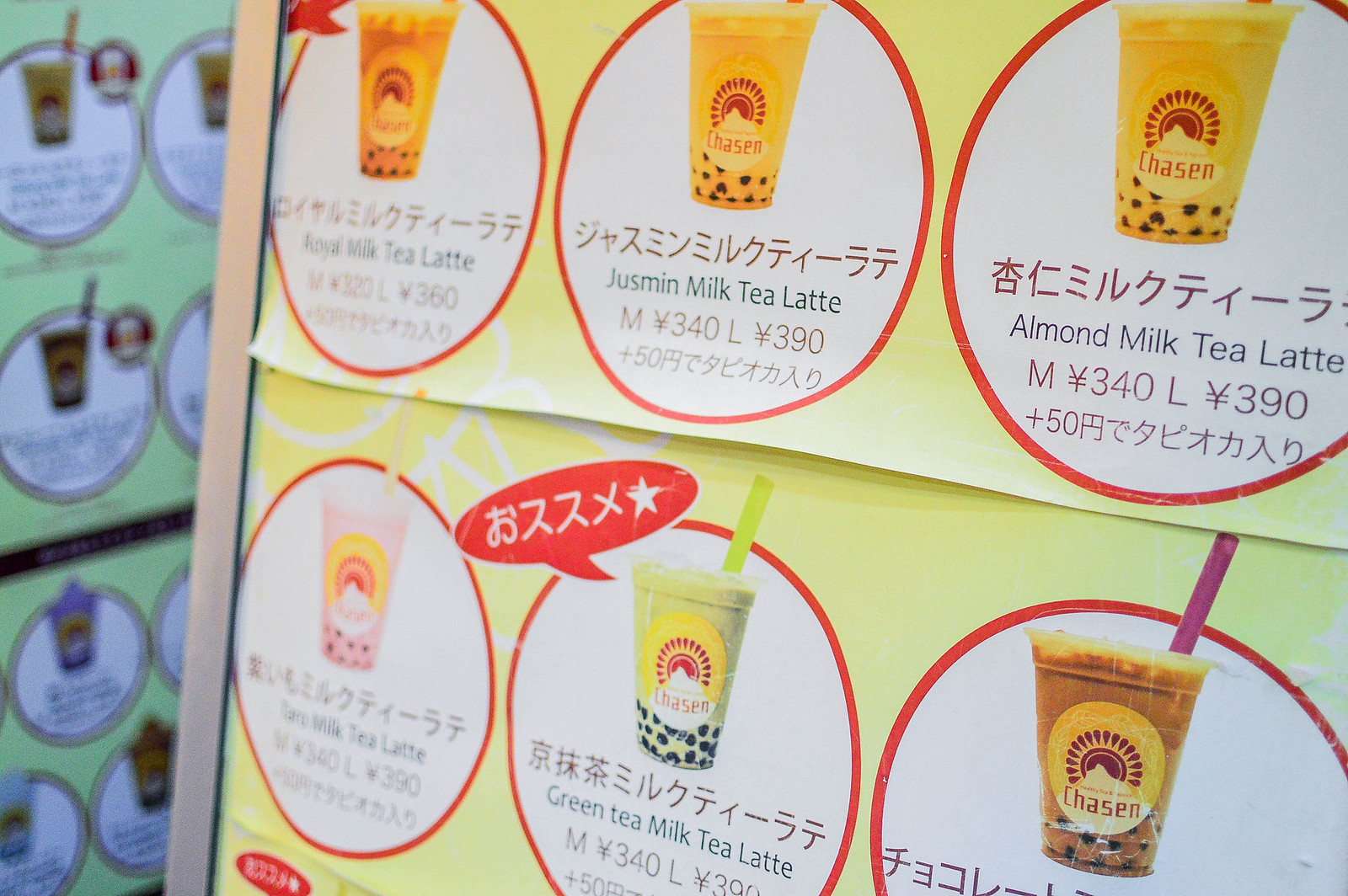 There are a number of iconic landmarks that dot the colourful avenue of Dōtonbori and this includes the brightly lit neon Glico “running man” billboard that’s been around since 1935 and the six-and-a-half metre mechanised crab in front of the Kani Doraku restaurant (which inspired an unbelievable number of knock offs and imitations). 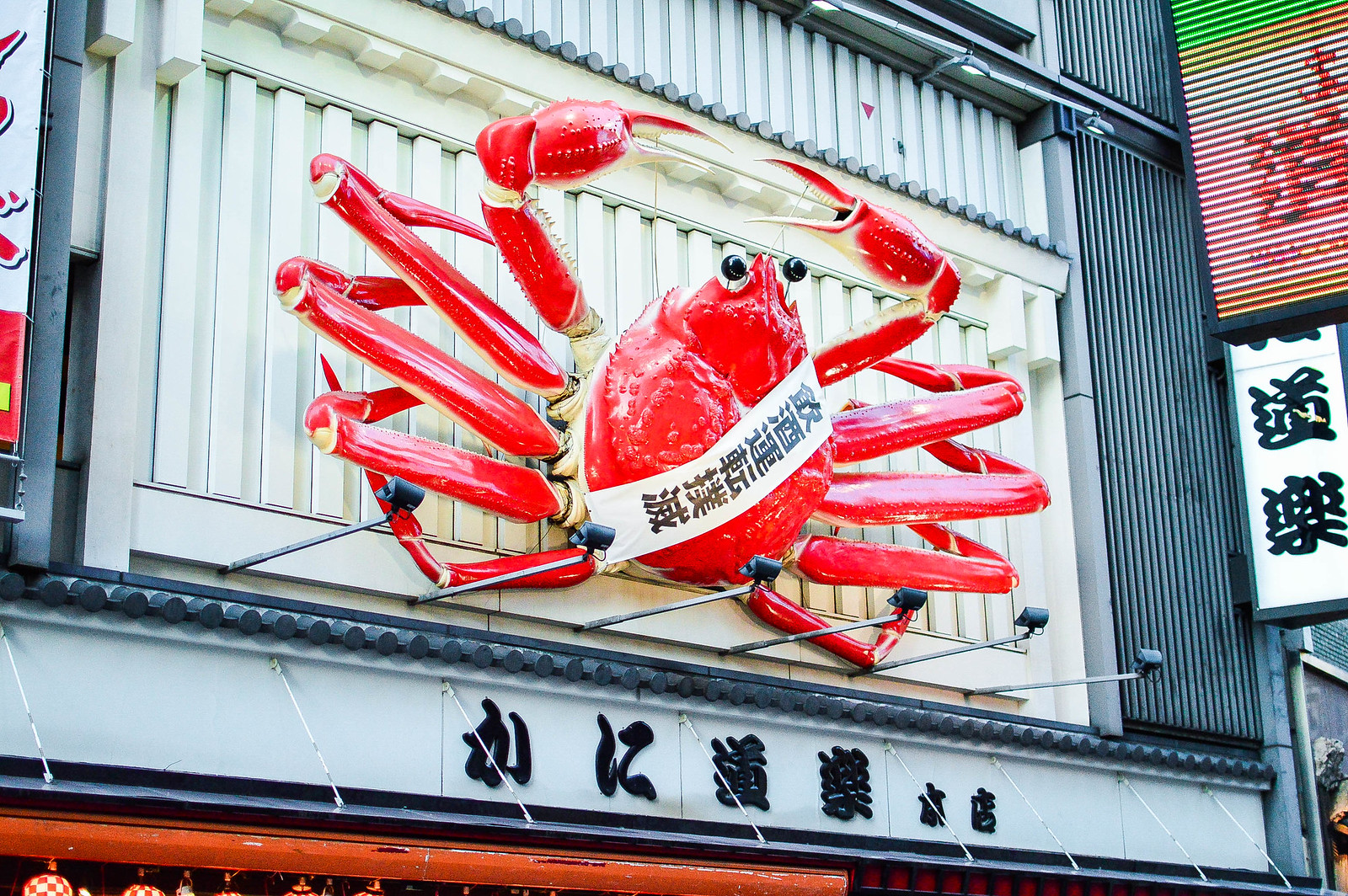 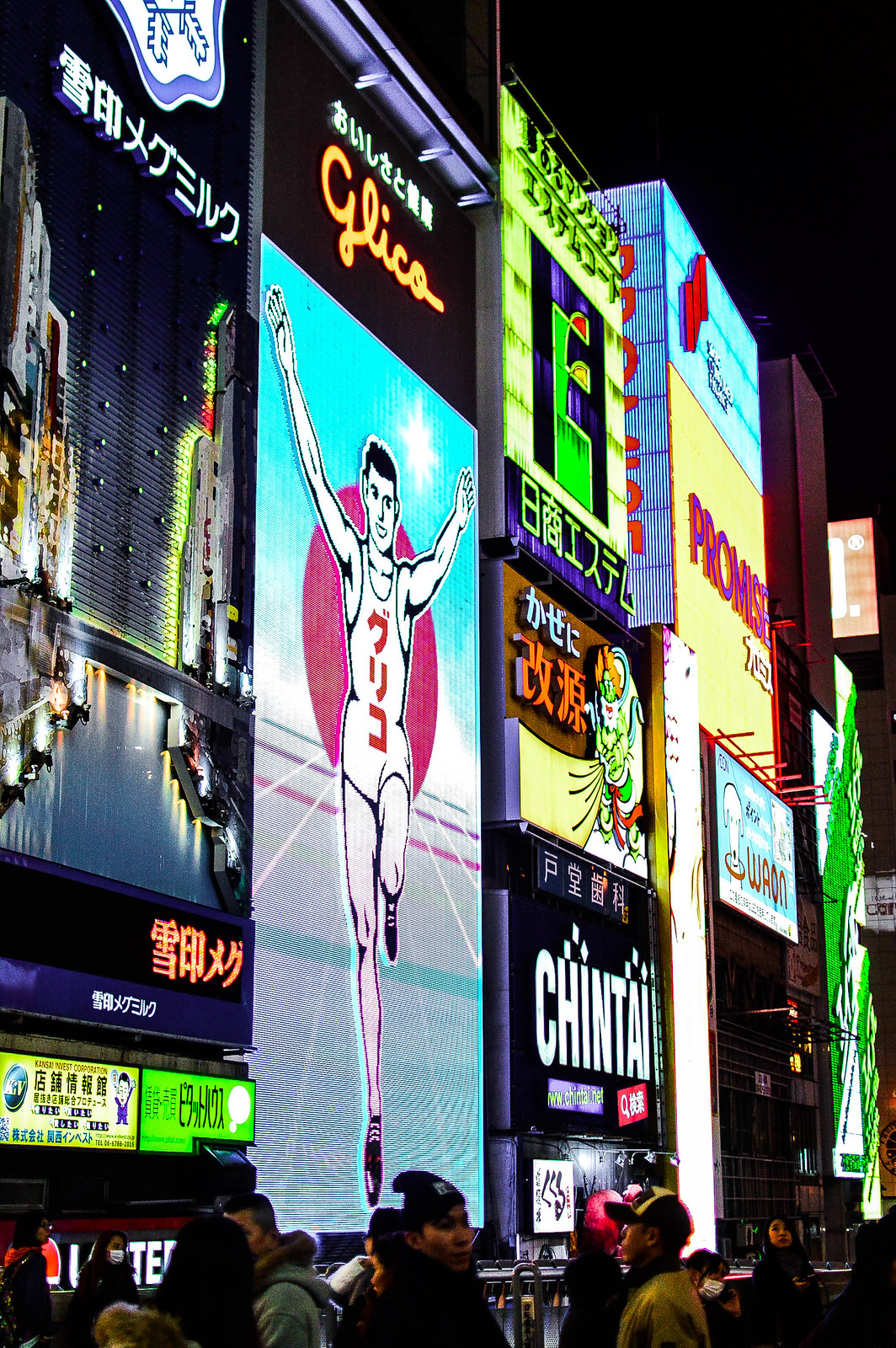 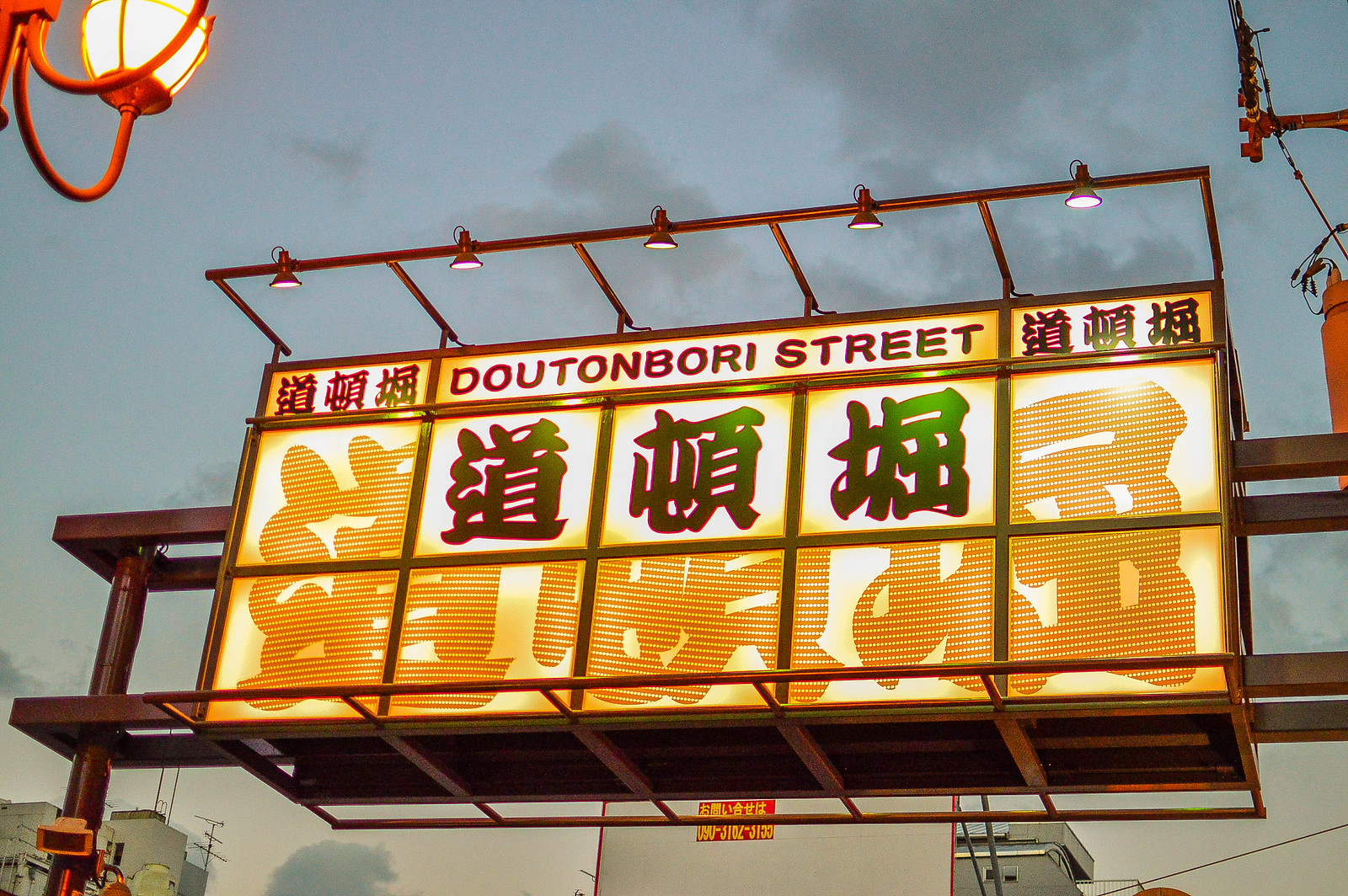 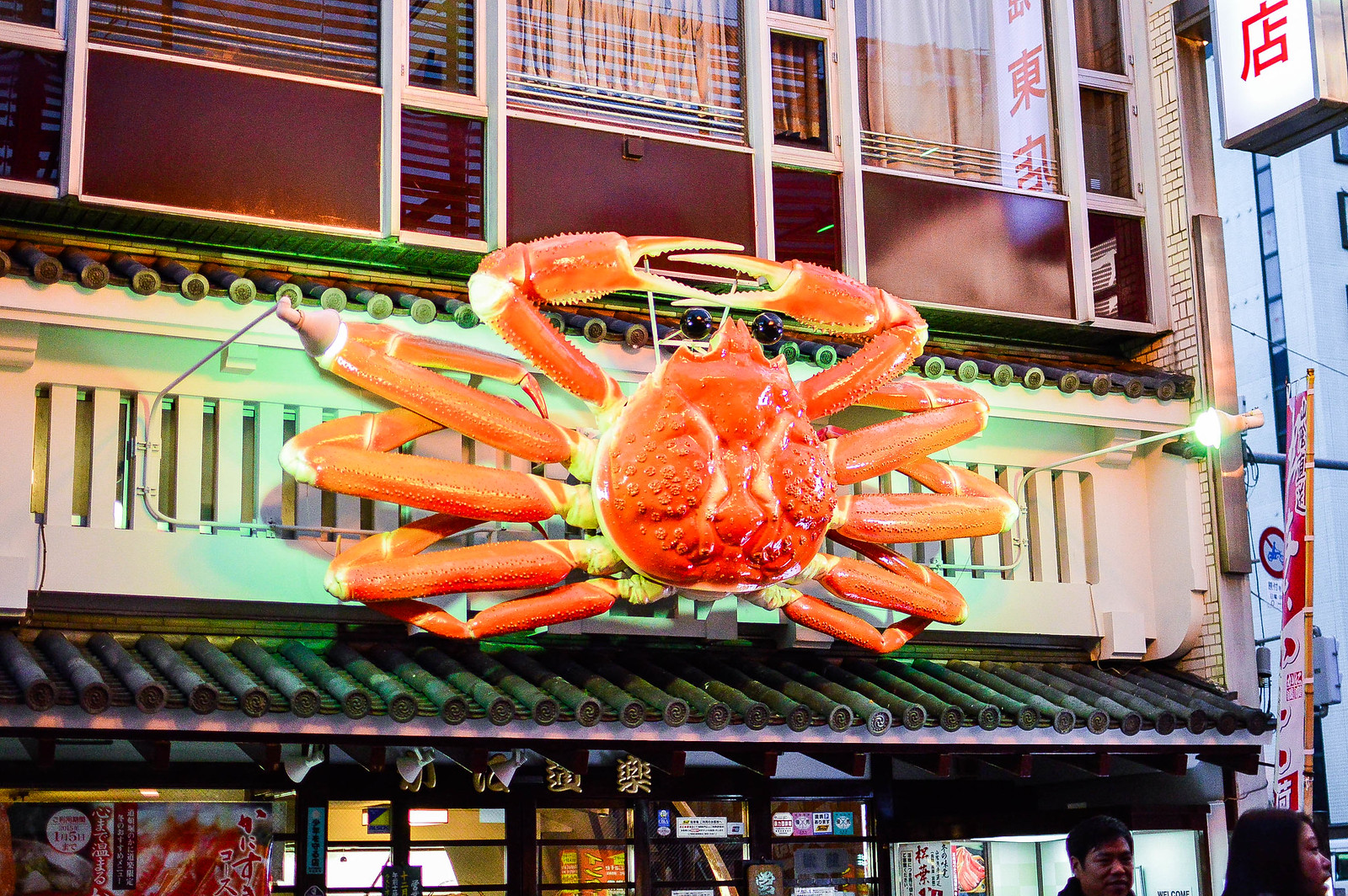 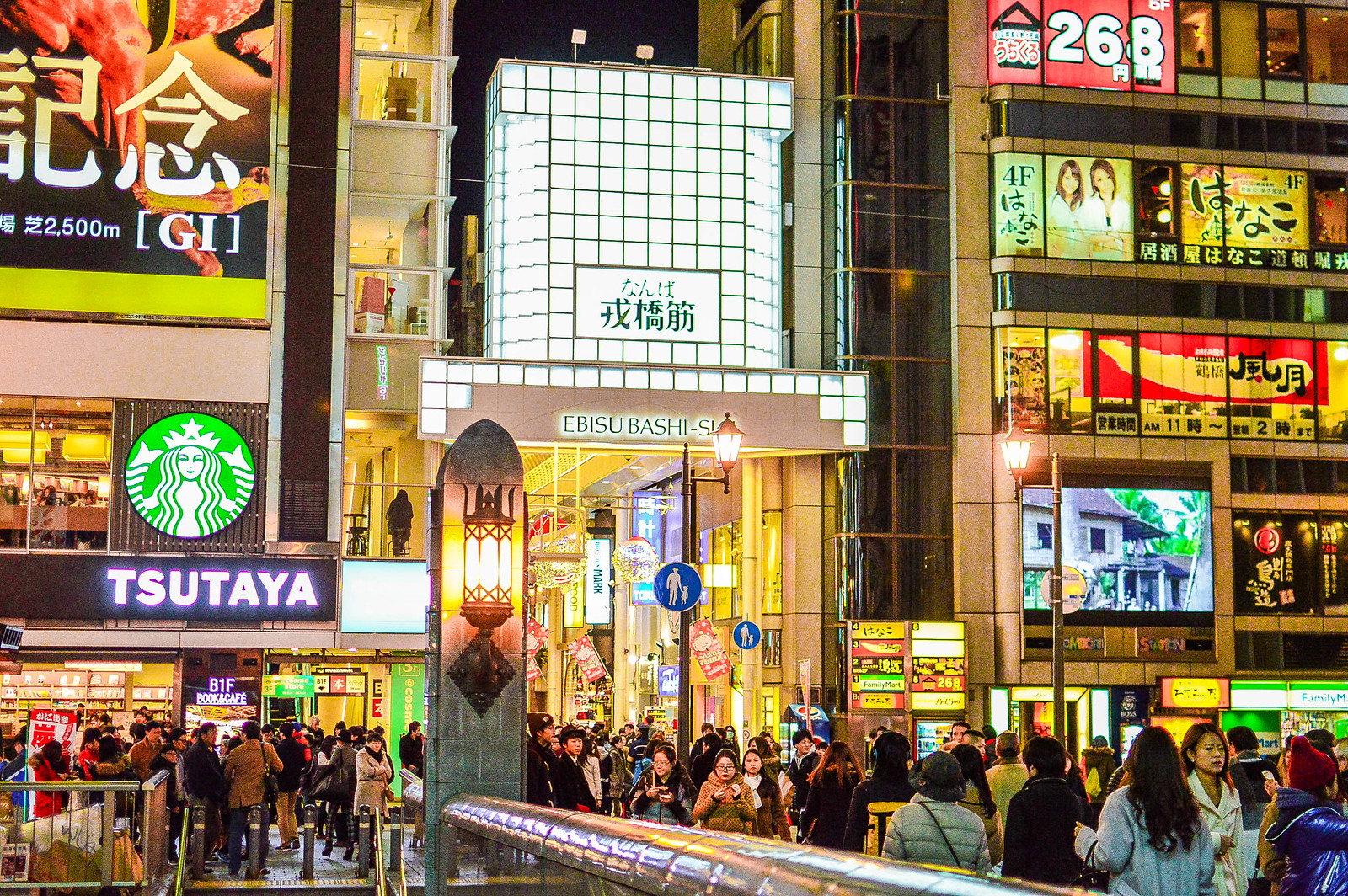 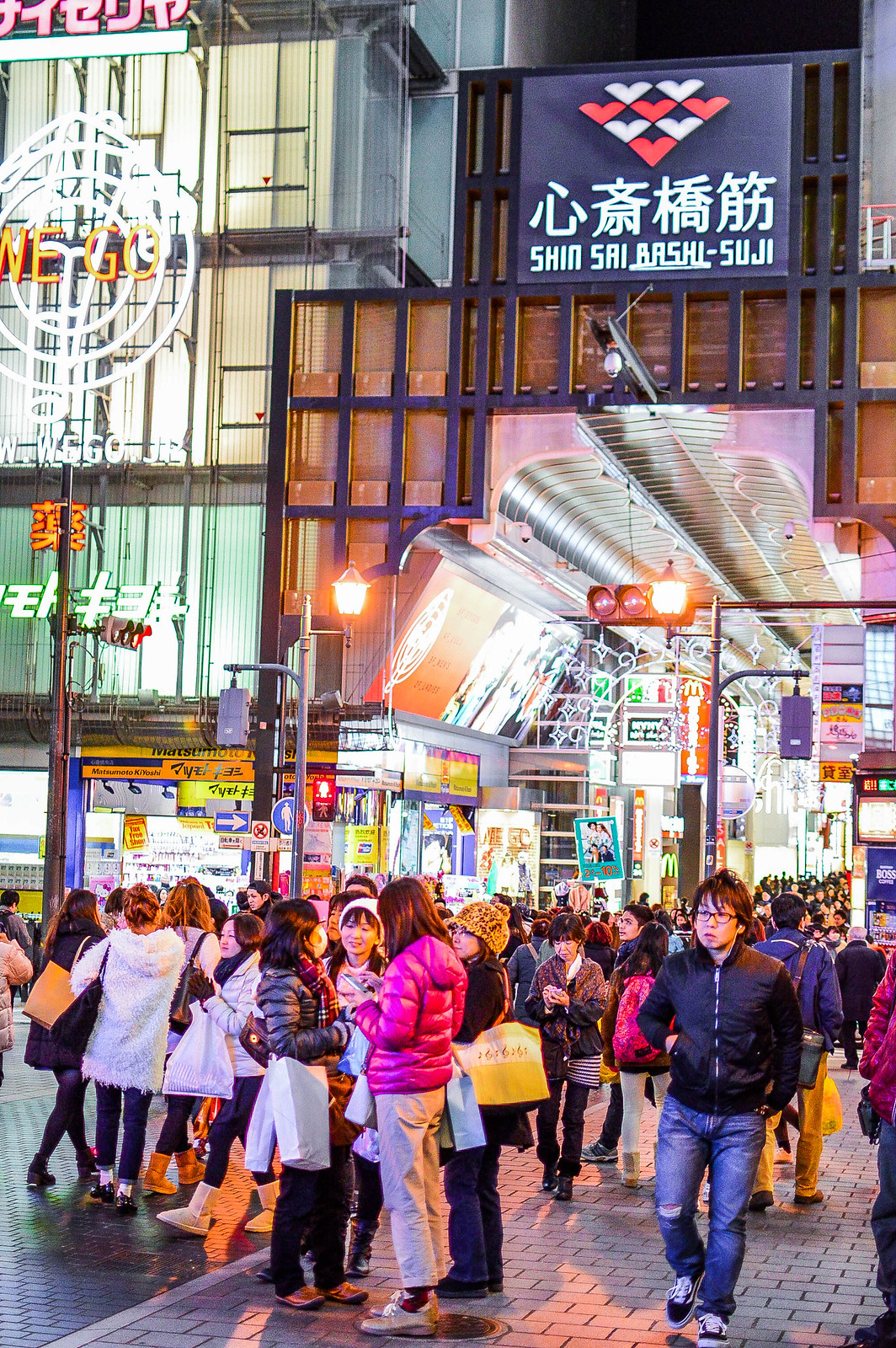